Cancer Surgeries and Organ Transplants: Can They Afford to be Put Off for Coronavirus?

Elective procedures worldwide have been put on hold in face of the Coronavirus pandemic, however not all of these proclaimed elective surgeries are optional.
Home / Media Hub / News Releases / Cancer Surgeries and Organ Transplants: Can They Afford to be Put Off for Coronavirus? 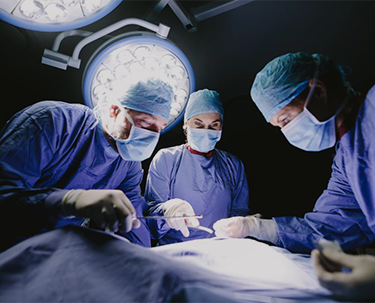 San Francisco Bay Area surgeon Mary Cardoza is juggling multiple breast cancer patients. But she can’t operate on any of them. Breast cancer surgery, it turns out, is considered an elective procedure — now put on hold as hospitals focus on COVID-19 cases.

On March 13, the American College of Surgeons called on physicians to halt nonessential procedures.

Elective surgery is, by definition, any surgery that is scheduled. That means cancer surgery, organ transplants and other lifesaving procedures, all of which are now put on hold — in some cases indefinitely.

Since making its initial recommendation, the American College of Surgeons has been issuing increasingly urgent bulletins, with its March 24 missive detailing triage guidelines for cancer,cardiac and pediatric surgeries. It now finds itself in the grim position of recommending that removal of cancerous colon polyps be deferred for three months and breast cancer surgery be delayed if the disease responds to hormone therapy. In hospitals with heavy COVID-19 caseloads — those with no spare ventilators or ICU capacity — it urges that all surgical procedures be avoided unless the patient is likely to die within the next few hours or days.

The guidelines specify that treatment shouldn’t be delayed if it would harm the patient. That’s small solace to people like Russell Green. In March, the 63-year-old Vermont financial adviser was diagnosed with“aggressive” prostate cancer and advised to schedule surgery as soon as possible. But after the coronavirus hit, his April 22 surgery date was canceled. “I hear this. And I think, well, this isn’t elective. It’s aggressive cancer,” Green told Vermont Public Radio, the local NPR affiliate. “And you want to get rid of the thing, that’s not elective.” Green pushed back, and his surgery is now on the calendar again, at least for the moment. But it’s difficult to know what the future holds.

The tragedy is, the suspension isn’t always due to a lack of capacity to treat patients. Instead, it’s a side effect of the lack of protective equipment — the precious masks and gowns that are in short supply and are being redirected to those treating highly infectious COVID-19. Hospitals with a large number of those cases are also trying to preserve ventilators and ICU beds for patients with the virus. And doctors are concerned as well about bringing patients who may already be immunocompromised into hospitals where they may be exposed to the virus.

As a breast cancer survivor myself, I know the sense of urgency after being diagnosed. The anxiety and fear is hard to overstate, the feeling of just wanting to get rid of a cancer growing within you. In my case,I was in surgery within days. Yet the lives of thousands of people in similar situations, and worse, are hanging in the balance. They are collateral damage of this country’s delayed response to the pandemic and the lack of preparedness that the virus has exposed.

Heartbreaking individual stories are emerging by the day. A 33-year-old man whose long-awaited liver transplant was canceled told NBC News it was a “death sentence.” After a 7-year-old boy’s urgently needed kidney transplant surgery was put on hold, his mother told the network’s Washington, D.C., affiliate it was a “nightmare” scenario, “but it’s not even the worst one you could find.”

When I spoke with Cardoza, she was on her way into her office to meet with some breast cancer patients who have already been diagnosed. She wanted to see them in person, she explained: “I don’t feel comfortable telling people over the phone or on video that they won’t be getting surgery for their cancer any time soon.”

For now, Cardoza says she is fortunate that hormone therapy is effective at keeping her patients’ breast cancer at bay. She is setting up their next appointments for a month from now. Will she be able to operate then?It’s anyone’s guess. “All this has happened in two weeks. We went from business as usual to we have to cancel everything and stay home,” she said. “I’ve never seen things change on a daily basis the way they are now.”

When the freeze thaws, a backlog of these critical surgeries is almost inevitable. In any given month, more than 1 million people typically have some kind of surgery, meaning potentially millions of procedures are being kicked down the road. Expect an onslaught of additional cases as well. After all, preventive measures like mammograms, prostate cancer screenings, stress tests, cardiac checkups and more are also being delayed, perhaps at the cost of lives. Last year, an average of 150,000 people were diagnosed each month with cancer alone. “At this point,we’re only diagnosing people who have symptoms — for breast cancer, it’s someone feels a mass; for colon, someone has bleeding,” Cardoza told me. “We’re going to pick up the late ones, but the early detection we try to do is going to go by the wayside. All these ripple effects are just incomprehensible.”

Those ripple effects are only just starting to be felt. Ifwe aren’t vigilant in taming the COVID-19 crisis, and then in quickly reinstating essential elective procedures and preventive screening, we’ll have another crisis in the making. Flattening the curve is indeed essential to save lives — and not just those of COVID-19 victims.