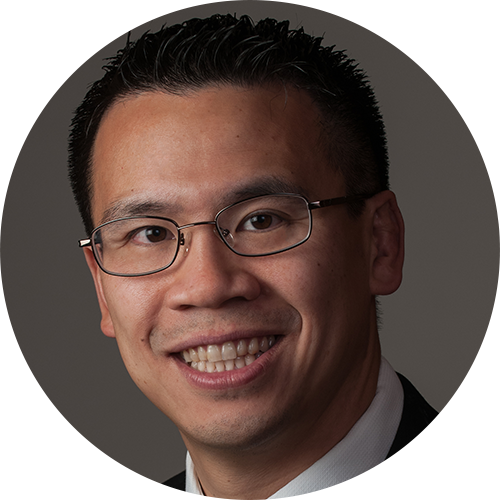 Dr. Wilson Tsai graduated from the University of Medicine and Dentistry in New Jersey in 1999, but his journey started long before that. “Each of us makes life choices in response to events in our lives. I was motivated at an early age to become a doctor because of the feelings of helplessness that I felt when both my grandparents were battling cancer”. Dr Tsai knew his path was clear. He prepared himself early to be the best surgeon that he could be. His experiences in medical school confirmed his goal of devoting his life to treating patients with thoracic diseases.

Following medical school Dr. Tsai trained in general surgery at the Robert Wood Johnson Hospital in New Jersey. He then won an appointment to the fellowship program at the National Cancer Institute at the prestigious national Institute of Health in Bethesda, MD. Following this fellowship, Dr. Tsai completed an additional cardiothoracic surgery fellowship at The University of Pittsburgh Medical Center specializing in thoracic surgery and remained at the medical center where he was honored to become a clinical instructor in minimally invasive thoracic surgery. Also, he trained at the prestigious Memorial-Sloan Kettering Cancer Center as a thoracic fellow. Dr. Tsai is the Director of the Thoracic Surgical Program at John Muir Health, is board certified in thoracic surgery and has been a member of American Association for Thoracic Surgery since 1996.

Dr. Tsai is committed to providing his patients with the latest advancements and treatment options. Since his appointment to the directorship at John Muir Health, he has established a minimally invasive thoracic program that specializes in all aspects of benign and malignant esophageal and lung diseases. He had been granted a separate wing at John Muir Medical Center in Walnut Creek which boasts an impressive team of specially trained nurses and a physician assistant who has had extensive experience in thoracic surgery at the Memorial Sloan Kettering Cancer Center. The dedicated thoracic floor enables patients to receive more focused care, and have shorter hospital stays. His John Muir thoracic program has drawn patients from as far as Nevada and Utah. Dr Tsai has been appointed as the Chair of the Thoracic Division at Sutter Eden Medical Center in Castro Valley. He has established a comprehensive thoracic program for Eden that serves patients from that part of the East Bay.