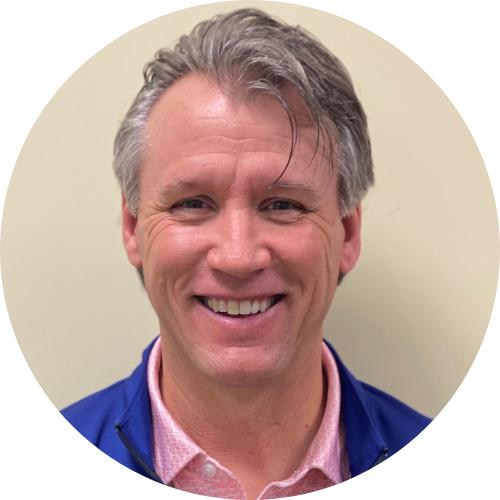 Ted Glattke, Physical Therapist, earned a Master’s degree in Physical Therapy from Boston University in 1999, and has been practicing outpatient orthopedic PT in the Bay Area for the last 23 years. He has studied extensively with the International Academy of Orthopedic Medicine- U.S. and a few other groups and has taken numerous (50+) advanced clinical education courses covering differential diagnosis, nonoperative orthopedic medicine and manual therapy, and post-surgical rehabilitation.

Ted views Physical Therapy as a joint venture between patient and therapist, and specializes in orthopedics for everyone from teenagers to old-agers. During his career, he has also successfully helped to rehabilitate all types of athletes including high school, NCAA, NFL, NBA, MLB,PGA, PBA, historic Auto racing, and several Olympic Gold Medalists.

Originally from Modesto, CA, Ted has returned to the Bay Area where he had been an undergraduate at Cal, who lettered in Track &Field (high jump) and was twice a first team All-American on the bowling team. In his free time, Ted is an avid golfer, but also enjoys driving his car on the race track, drag racing, baking (pies and cookies), trying to keep fit(although that conflicts with baking) and generally just being outdoors. Fun fact: Ted is the only person in the world to have high jumped 7 feet, bowled a perfect 300 game and to have had a double eagle in golf.