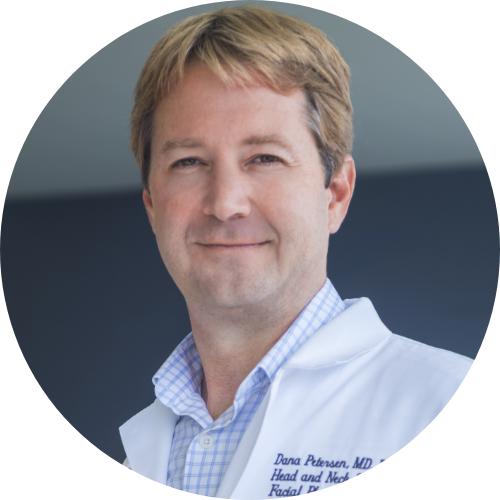 Dana Petersen is originally from Seal Beach, California and joined San Francisco ENT in 2021. He has focused his practice both on diseases of the head and neck as well as reconstruction of facial aesthetics.  Following his undergraduate education at Cal Poly, San Luis Obispo, he completed a graduate degree in oral pathology.  Continuing along this path, he earned degrees in both dentistry and medicine at the University of Sydney, in Australia.  He returned to California for his general surgery internship at the University of California, San Francisco after which he pursued specialty training in Otolaryngology-Head and Neck Surgery.

His practice includes many facets within the ENT specialty, and he is particularly interested in head and neck cancer as well as facial plastic surgery including skin cancer reconstruction and facial aesthetic procedures.