Exercise Induced Asthma: What Signs Should You Look For | Blog | BASS Medical Group 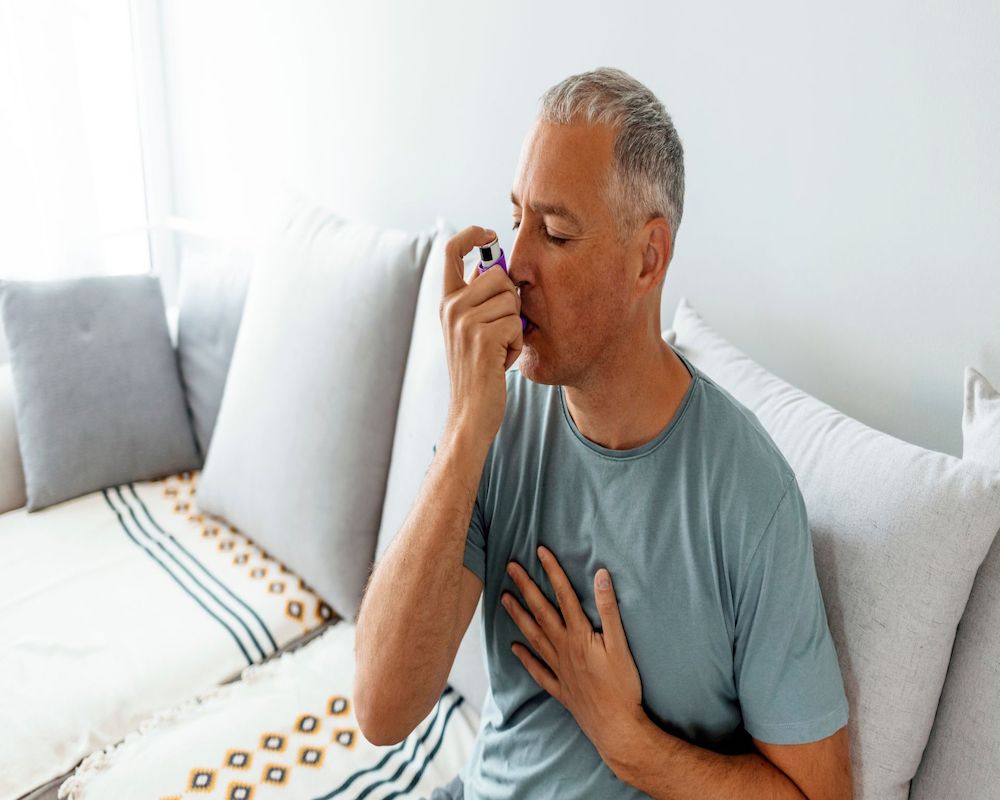 When airways constrict during exercise, it results in exercise-induced asthma, also known as EIB. You may have trouble breathing if you have asthma which is brought on by physical activity or sports. During or after physical exertion, you could have asthma symptoms such as coughing, wheezing, and shortness of breath.

When exercising, the airways contract, causing asthma symptoms, such as shortness of breath, to manifest. When the air is chilly and dry, or when pollen and pollution levels are high, symptoms are exacerbated. Warming up before activity is advised for those with asthma brought on by exercise. The airways can be opened and an EIB episode can be avoided with inhalers and other drugs.

Mild to severe symptoms are possible. They may emerge shortly after you begin working out or just after you stop. After approximately 30 minutes of rest, symptoms often start to get better.

Sometimes, up to 12 hours after you stop exercising, exercise-induced asthma symptoms might recur. Even while you are at rest, they may still occur. We refer to these as "late-phase" symptoms. Late-phase symptoms might last for up to a day.

Asthma symptoms brought on by physical activity include:

Causes of Shortness of Breath and Asthma

Exertion-induced asthma can be exacerbated by strenuous exercise and chilly, dry air. You typically breathe via your nose while you're sleeping. The air you breathe is warmed and moistened by your nose as it passes through your nostrils.

When you exercise, you breathe in more often via your mouth, so the incoming air is still chilly and dry. When you breathe in cold, dry air if you have asthma, the bands of muscle surrounding your airways tighten. Asthma brought on by exercise gets worse when:

When asthma is brought on by physical activity or sports, there is no treatment. The goal of treatment is to both prevent and treat symptoms.

You should warm up for at least six minutes before beginning the activity to prevent an incident. For the optimal warm-up program based on your age and degree of fitness, ask your physician.

One drug or a mix of drugs may be suggested by your doctor. While you are having asthma brought on by activity, several medications will open your airways. An episode is prevented by other drugs. These medicines consist of:

Similar to SABA medicines, these agents promote the airflow by easing airway muscles. If you take a LABA around 30 to 60 minutes before doing out, you can avoid having an EIB episode. However, they are useless as rescue inhalers. Once symptoms have begun, they cannot be stopped.

These drugs help reduce EIB episode symptoms. A class of bronchodilators is SABAs. Because the medication is inhaled (breathed in) and enters your airways immediately, they are also referred to as rescue inhalers. Taking SABAs around 15 minutes before exercising can also help avoid asthma symptoms.

This oral drug is used to stop the inflammation of the airways. Ask your doctor about the negative effects of these medications. Some people go through mood swings and behavioral changes.

Prevent symptoms by taking this drug around 15 minutes before exercising. This drug is administered by a nebulizer, a device that creates small droplets of liquid medicines for inhalation.

Get Ahold of Bass Medical

Several people who have asthma brought on by exercise participate in sports, love a variety of hobbies, and lead active lives. Marathon runners manage their asthma and succeed in their activities, as do people of all fitness levels. Make careful to warm up before exercising if you or your child has EIB. Before going outside, make sure to check the air quality and pollen count.

Call Bass Medical now to help manage your asthma and about any drugs that could make it easier for you to breathe. You may stay active and exercise safely by making necessary lifestyle modifications and preparations.