Do We Still Do Mouth to Mouth When Administering CPR?

3 Min Read
Home / Media Hub / Blog / Do We Still Do Mouth to Mouth When Administering CPR? 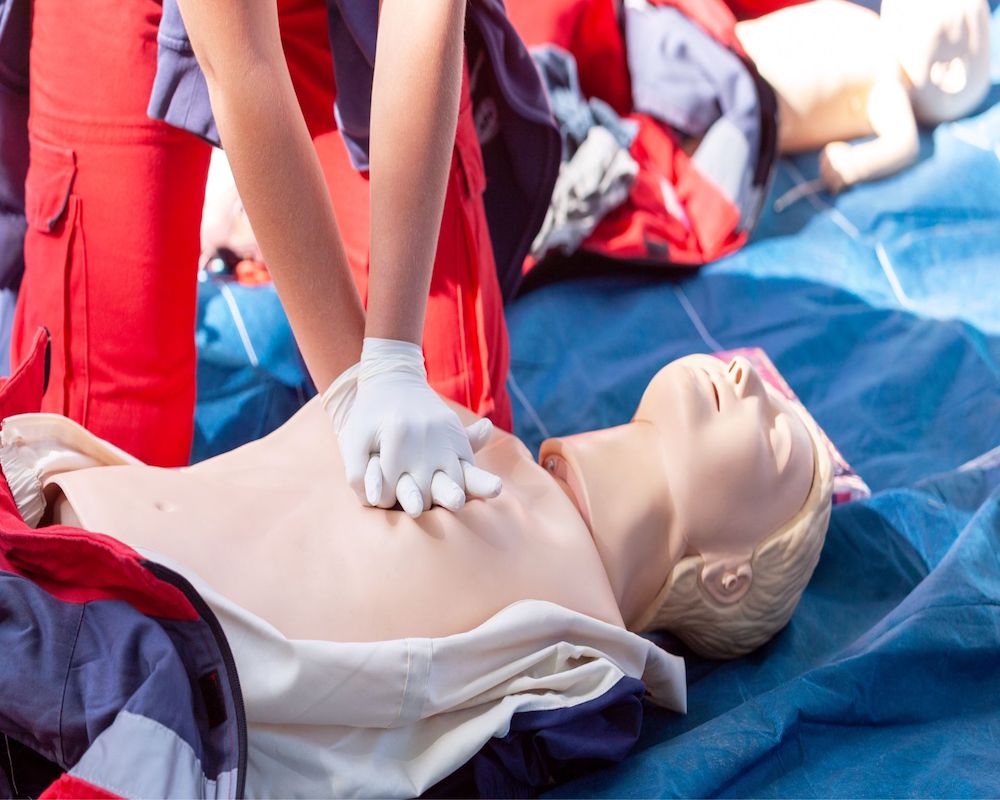 Although bystander mouth to mouth resuscitation has been recommended since the 1960s, the overwhelming body of research indicates that it may cause more damage than good. This is due to three key factors: The first is that onlookers are less likely to want to administer CPR if they are considering delivering rescue breaths. The second is that life-saving chest compressions are halted by rescue breaths. The threat of disease transmission comes in third.

Business owners, instructors, coaches, fitness center staff, and members of the general public must comprehend why mouth to mouth resuscitation is no longer advised for bystanders and what you should do in its place to increase cardiac arrest survival rates.

Evidence for CPR Without Mouth to Mouth

When cardiopulmonary resuscitation (CPR) utilizing the "ABC" (airway, breathing, circulation) acronym became established in the 1960s, it was recognized that mouth resuscitation was more successful than prior techniques, such as using a bellows or moving the victim's arms up and down. However, studies involving thousands of victims of sudden cardiac arrest have recently revealed that, at least when carried out by an unskilled bystander, chest compressions alone are more beneficial for adult victims than chest compressions with rescue breathing.

The American Heart Association recommended hands-only CPR for onlookers in a consensus statement for healthcare professionals published in the Circulation journal in 1997. Furthermore, Ken Nagao, MD, of Surugadai Nihon University Hospital in Tokyo, and colleagues' 2007 study found that patients who received hands-only CPR as opposed to conventional CPR with rescue breaths were 2.2 times less likely to have a brain injury.

Life-saving Chest Compressions Are Interrupted by Mouth to Mouth Resuscitation

Mouth to mouth resuscitation is no longer advised for the second reason that it wastes time that might be better spent doing effective chest compressions. When sudden cardiac arrest occurs, the majority of the victims were breathing regularly before passing out, which means that they still have enough oxygen in their blood to withstand 10 to 12 minutes of chest compressions before help arrives.

When to Use Mouth to Mouth CPR

While rescue breathing is sometimes required, mouth to mouth CPR is no longer advised for untrained bystanders in the following circumstances:

In the aforementioned situations, rescue breathing enhances the victim's chances of life since there isn't enough oxygen flowing in the blood to keep the organs alive until emergency medical workers arrive. Research indicates that standard CPR is more successful for sudden cardiac arrest(SCA) patients with a non-cardiac etiology in infants and children. Both hands-only CPR and conventional CPR are equally beneficial for children SCA victims whose cardiac etiology was identified.

What to do When Rescue Breaths Are Necessary

Perform conventional CPR with a ratio of 30 chest compressions to two rescue breaths if the patient is a child, an infant, a victim of a drug overdose, or in one of the other instances mentioned above—and you have undergone recent CPR training.

Give the rescuer breaths using a positive-pressure breathing mask if one is available. Most AEDs, including the Philips HeartStart FRx, HeartSine Samaritan PAD 350P, and Defibtech Lifeline, come with these, which may be ordered online to clip to your keychain.

Because just chest compressions are necessary for bystander cardiopulmonary resuscitation, mouth to mouth resuscitation is no longer advised. If you are untrained and you observe someone collapsing, make sure the environment is secure, give them a strong push, and then phone for help like BASS Medical.  If you or someone you know needs CPR call us immediately.