A Look at Your Child's 18-Year Immunization Schedule 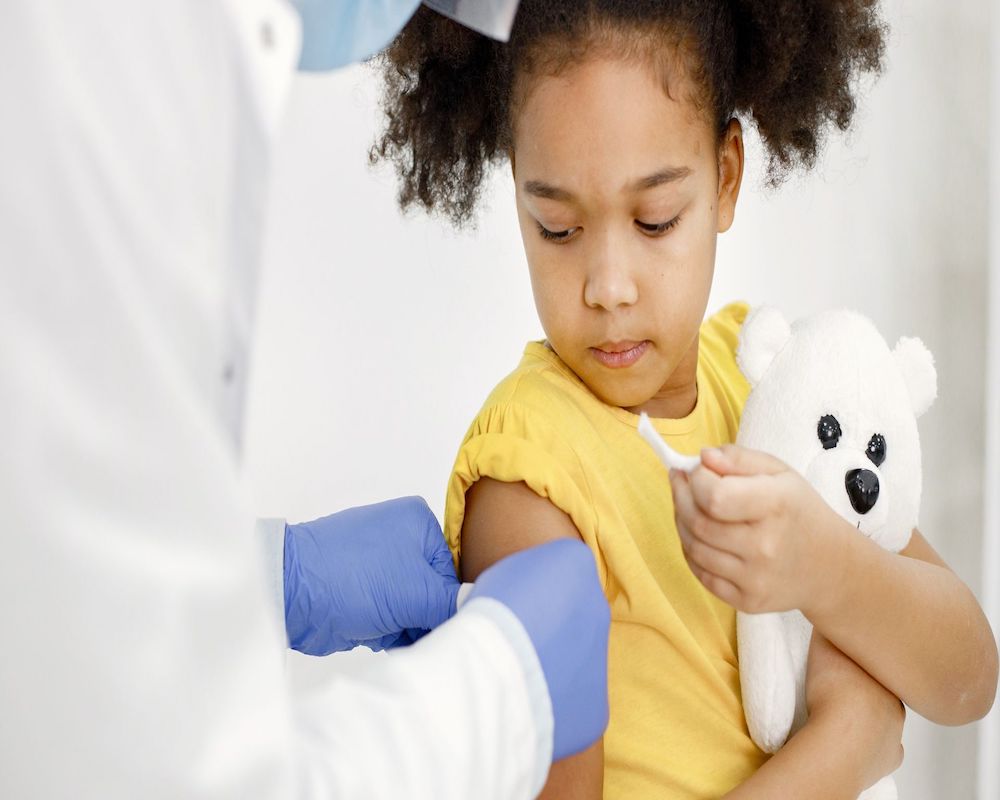 The Centers for Disease Control and Prevention (CDC) advises that most children receive immunizations on the childhood immunization schedule, often known as the childhood vaccine schedule. Your youngster can be protected from contracting several illnesses and diseases through vaccination. Many of these diseases are highly contagious from kid to child and can have detrimental effects on health. Even death may result from them.

Most vaccinations should be given to your kid for the first time during the first two years of life. To receive full protection from the immunizations, they could require several doses. For instance, the CDC advises that children receive their first dose of the MMR vaccination no later than 12 months of age. When they are ready to start primary school, they should then take a second dosage (about 4 to 6 years of age). Vaccinations for children can be given to your child at regularly scheduled well-baby appointments.

The Number of Vaccines for Children

Your infant may receive up to 10 different types of immunizations by the age of 15 months. The American Academy of Pediatrics advises that these first vaccinations be given to all healthy infants. Between the ages of 15 months and 16 years old, your kid may need more shots and other immunizations. Your child's physician could suggest a different timetable if they have a persistent illness or a compromised immune system.

Schedule of Immunizations and Different Types of Vaccines

The following schedule of immunizations, along with when to obtain them, can help shield your kid from serious illness or infection.

Infants receive their initial doses of the Hepatitis B vaccine (HepB).

Hepatitis B (HepB)-  Your child can be protected against hepatitis B by receiving the hepatitis B vaccination. Three doses of the HepB vaccine are included in the neonatal vaccination regimen. Within 12 hours after delivery, your baby will typically get its first dosage.

Hepatitis B (HepB) - The second dosage will be administered between the ages of one and two months, and the third between six and eighteen months.

At the age of two months, infants receive many vaccinations. The DTaP vaccination program begins at two months old. Your infant will get their initial dosage of:

Rotavirus (RV)- Your child can benefit from the rotavirus vaccination in preventing rotavirus.

Tetanus, diphtheria, and acellular pertussis (DTaP)- At two months old, your kid will get their first dosage, and at four months old, they're second.

Fluconazole conjugate (PCV13)-  The PCV13 vaccination will be given to your kid four times. At two months old, they will take their first dosage, and at four months old, they're second.

Inactive poliovirus (IPV).- The IPV vaccination will be administered to your child four times. At two months old, they will take their first dosage, and at four months old, they're second.

Babies receive a second dose of the immunizations they got at their 2-month checkup for their 4-month injections. These consist of:

Your child may start getting the influenza vaccination every year at 6 months old. In addition, depending on the brand your kid's doctor used for their earlier doses of the RV and Hib vaccinations, your child may or may not require a third dose.

Depending on the advice of their doctor, your baby will receive its third dose of these immunizations at a certain time. Six- to 18-month injections might consist of:

After turning one, your kid will receive their initial dose of the MMR and varicella vaccines. Shots given every 12 to 15 months include:

The first of a two-dose hepatitis A series may be included in your baby's 12-month vaccination schedule. At age 2, they could receive the second vaccination.

During this time, your kid will only get one injection, their fourth DTaP dosage.

The following vaccinations may be administered to your child between the ages of 4 and 6:

Vaccinations for Children Aged 11 to 12

Before receiving their subsequent series of shots, your youngster is allowed to wait.

You should give your 16-year-old their second meningococcal dosage.

The best method to protect your child against a wide range of illnesses and diseases is to vaccinate them by the recommended childhood vaccination schedule. Both the American Academy of Pediatrics and the Centers for Disease Control and Prevention advise adhering to a certain vaccine schedule. To learn more about a child’s immunization schedule speak with the pediatricians here at BASS Medical now.