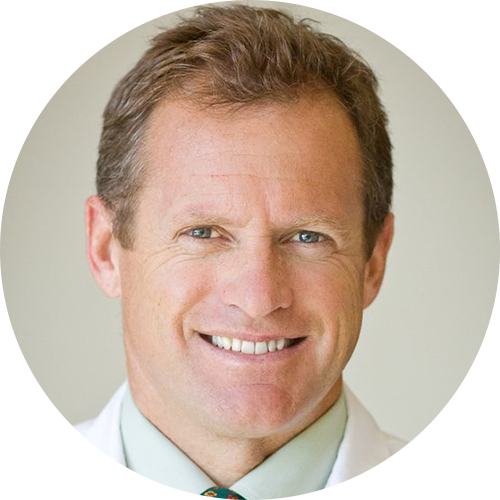 Dr. William Workman has a strong background in sports medicine, both as a practicing physician and as an athlete. He was amongst the first orthopedic surgeons to obtain additional board certification in Orthopedic Sports Medicine. As an athlete, he competed in baseball as a pitcher for the University of California Golden Bears and played professionally in the California Angels system. After completing a five-year orthopedic residency at Yale Medical School, Dr. Workman traveled to Boston where he completed his orthopedic sports medicine fellowship at Harvard Medical School.

While at Harvard, he served as a team physician and traveled with the New England Patriots (NFL). Since then, he has provided orthopedic sports medicine coverage for the Boston Bruins Hockey Club (NHL), New England Revolution Soccer team (MLS), the United States Women’s Soccer team, the women’s professional tennis tour (USTA), and Harvard University Athletics. His extensive involvement with elite level athletes has furthered his understanding of athletic injuries and treatment. Dr. Workman currently serves as team orthopedist for the Oakland Athletics (MLB). He also serves as the team doctor for Acalanes High School in Lafayette and sees injured Golden Bear Intercollegiate Athletes at the Cal campus.

Dr. Workman has a special interest in minimally invasive arthroscopic surgery of the hip, knee, shoulder, elbow, and ankle. He is an active member of the invitation-only International Society for Hip Arthroscopy (ISHA), the International Society of Arthroscopy, Knee Surgery and Orthopedic Sports Medicine (ISAKOS) and the American Orthopedic Society for Sports Medicine (AOSSM), among others, and enjoys collaborating with his colleagues from around the world.

Dr. Workman has gained national recognition for his arthroscopic approach to treating injuries, which he teaches to orthopedic surgeons from around the world. He is a consultant to major international sports medicine corporations, conducts clinical research and is actively involved in national and international sports medicine societies. On a personal note, Dr. Workman is very active with health and fitness. He currently competes as a triathlete and over the past 20 years has successfully completed races all over the country, including the inaugural Ironman Lake Tahoe in 2013 and the Escape from Alcatraz Triathlon in 2016.