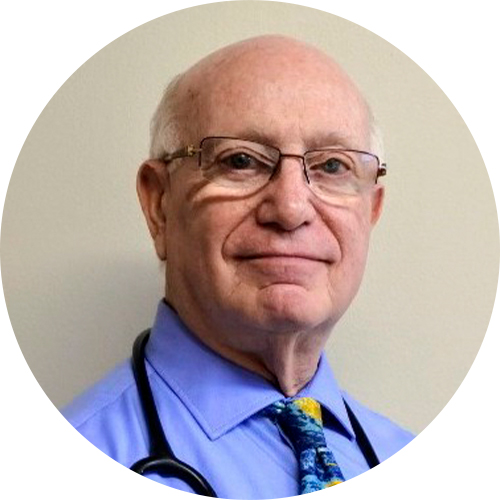 Dr. Richard Cherlin was born and raised in Brooklyn, New York. Dr. Cherlin graduated Brooklyn College, summa cum laude, and then attended medical school at Albert Einstein College of Medicine. Dr. Cherlin served as intern and first year resident at Bronx Municipal Hospital Center, then served as second year resident in medicine at Stanford. Endocrine fellowship was at Massachusetts General Hospital, and he was a clinical instructor at Harvard Medical School at that time. He has been in his own endocrine practice since July 1977. Board certifications include Internal Medicine, and Endocrinology and Metabolism. The practice specializes in thyroid disorders, diabetes, osteoporosis, parathyroid disease, and problems with estrogen or testosterone.

Dr. Cherlin has served as chief of staff at Valley West General Hospital (now Mission Oaks Hospital), and he has been chairman of medicine, and chairman of the pharmacy committee at Good Samaritan Hospital. Dr. Cherlin is adjunct clinical professor of medicine at Stanford, and has donated his services teaching doctors and medical students for forty years. He attends the inpatient endocrine service at Santa Clara Valley Medical Center two months per year, and teaches 3rd and 4th year Stanford medical students in his office. He has been elected to Phi Beta Kappa, Alpha Omega Alpha, and is named one of the “top doctors” in the country by Castle Connolly.

He has been a principal investigator in over 120 clinical research studies, and continues to do research in diabetes and lipid disorders. Dr. Cherlin is married (Claudia), and has one son (Marc, a structural engineer), and one granddaughter (Alyssa). Personal interests include making New York style pizza from scratch, painting, and dancing Argentine tango. He and Claudia, have studied tango with many of the masters from Buenos Aires.