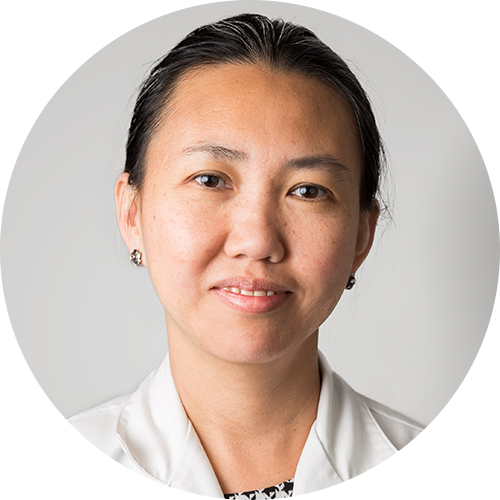 Dr. Maria Delie Ty Jumagdao-Sakai is a gifted family physician who treats patients at Gilroy Family Medical Group, in Gilroy, California. Dr. Jumagdao-Sakai provides a wide range of care for conditions, including asthma, allergies, hypertension, high cholesterol, and arthritis, as well as preventive services through annual physicals for patients of all ages, pediatric care, senior care, well-woman exams, sports physicals, and more. Dr. Jumagdao-Sakai was born and raised in the Philippines and attended St. Luke’s College of Medicine in Quezon City, Philippines, before serving her internship at St. Luke’s Medical Center. When she moved to the United States, she completed her medical training with a family practice internship and residency at the Natividad Medical Center in Salinas, California. She completed further training with a geriatrics fellowship at Stanford Hospital and Clinics in Palo Alto, California. Dr. Jumagdao-Sakai enjoys developing relationships with patients of all ages and is inspired by each person’s unique story and wealth of life experiences. She speaks several languages, including Tagalog, Bisaya, Waray, and Spanish. She became a physician so that she could truly help people to lead healthier happier lives and fulfills her dream daily. In her free time, Dr. Jumagdao-Sakai enjoys spending time with her family.

Dr. Brian Chin was born and raised in the Bay Area. After graduating from Acalanes High School in Lafayette he ventured cross-country to coastal Maine, where he graduated magna cum laude from Bowdoin College with a bachelor’s degree in physics and mathematics. From there, he went on to earn a master’s degree in applied physics from Columbia University. He earned his medical degree at the University of Michigan Medical School, then returned to California for his surgery residency at the University of California at San Diego, where he won the Department of Medicine’s Halasz Award for surgical consultation and the Department of Surgery’s Chairman’s Prize for teaching and service excellence. Additionally, he served as administrative chief resident. Following residency, Dr. Chin completed a fellowship in bariatric and advanced laparoscopic surgery at the University of California at San Francisco, working alongside world-renowned leaders at the forefront of laparoscopic surgery. Dr. Brian Chin is board certified in surgery by the American Board of Surgery and in advanced trauma life support by the American College of Surgeons. Dr. Chin also serves as a trauma surgeon at the John Muir Medical Center, which is certified as a level II trauma center by the American College of Surgeons and is Contra Costa County’s only trauma center. He sees patients in Walnut Creek and Brentwood.

Dr. Audrey "Lisa" Arzamendi is double board-certified in internal medicine and endocrinology. Since 2012, she has specialized in diabetes, obesity and metabolism, thyroid disease (including Hashimoto's and Graves'), polycystic ovary syndrome (PCOS) and sex hormone disorders, adrenal and pituitary dysfunction, osteoporosis, parathyroid/calcium disorders, and thyroid and parathyroid nodules and cancers. She is highly trained in ultrasound-guided fine-needle aspiration (FNA) biopsy of the thyroid (99% diagnostic rate).

Dr. Arzamendi is committed to safe and established medical treatments, and prides herself on staying informed about emerging therapies and research-supported non-prescription options. She is experienced working with all forms of brand-name and generic thyroid medications, and as a type 1 diabetic herself, has first-hand knowledge of nearly all available prescription and technological diabetic treatments, to best support patients in selecting their optimal diabetes treatment regimens.

Dr. Arzamendi graduated with honors from Stanford University, with a BA in Human Biology and a concentration in Health & Human Performance.  She attended UC San Diego School of Medicine (receiving a federal NIH National Cancer Institute fellowship), and completed her internal medicine residency at Kaiser Pemanente’s Santa Clara Medical Center.  Her endocrinology training was completed at UC Davis Medical Center. She previously practiced in California's South Bay before relocating to open her practice in Walnut Creek in 2020. Dr. Arzamendi was a Stanford varsity athlete and still enjoys running, hiking, tennis, rowing, and other outdoor activities. She loves spending time with her husband and many pets, and looks forward to being your doctor!

Thank you! Your submission has been received!
Oops! Something went wrong while submitting the form.