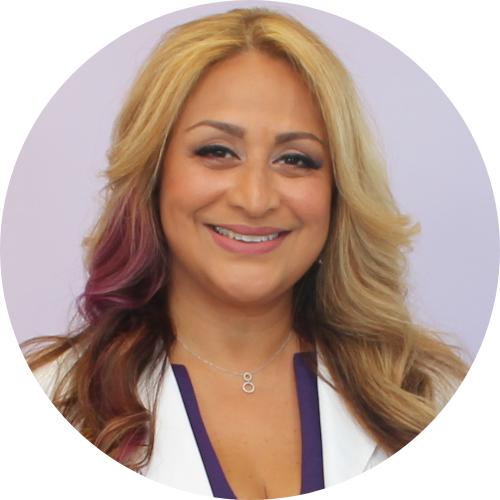 Dr. Shazah Khawaja is affiliated with multiple hospitals in the area, including St. Joseph’s Santa Rosa Memorial Hospital and Sutter Santa Rosa Regional Hospital. An east coast transplant from New York City, Dr. Khawaja has been in practice since 2006.

Dr. Khawaja came to the U.S. when she was a mere seven months old. She grew up in Astoria, Queens, New York City, and graduated from Stuyvesant High School. From that point on, she knew a career in medicine was her path. As she embarked upon that journey, it led her to becoming an obstetrician/gynecologist.

Her grandmother was an OB/GYN back home in Pakistan. Dr. Khawaja grew up hearing many stories of her grandmother’s selfless medical service empowering women. Unfortunately, her grandmother had a short-lived life. Her early demise at 45 years of age was due to breast cancer. This is a cause near and dear to Dr. Khawaja’s heart and she screens every patient in her office to ensure that all modalities of early detection are available.

Dr. Khawaja was accepted into the Sophie-Davis School of Biomedical Education to attain her Bachelor of Science. She then received her Medical Doctorate from Ross University and completed her residency at The Brooklyn Hospital Center. Her career began at The Brooklyn Hospital Center as a faculty attending. Teaching her residents was a personal passion. Focusing on impeccable surgical technique, diligence and first and foremost, respect of the patient, she has seen her residents flourish into accomplished OB/GYNs. Subsequently, she joined a cutting-edge private practice in Bergen County, Where Dr. Khawaja honed her minimally invasive laparoscopic surgical technique and learned practice management.

Dr. Khawaja was president of her own practice in Jersey City for three years. She then decided to widen her horizons and move out to beautiful Sonoma County. Now as Director of NCMA Women’s OB/GYN Center and cosmetic division of The Modern Woman, she is moving forward with a new vision that caters to every aspect of women’s lives — no matter what age.

Dr. Khawaja believes in “motivational medicine.” What does that mean? She wants patients to feel excited about the remedies, therapies and treatments discussed and offered. This “motivation” only comes from detailed, intimate, personalized care that empowers her patients to be equally involved in their own care. Dr. Khawaja states, “Our lives as women are complex and we wear many hats. It is my job to make sure the composite woman is taken care of when she enters my office. My patient always knows that she was heard.”

She enjoys her life, friends and family in Santa Rosa. Her passions, other than medicine, are public speaking, horseback riding and dancing. She is particularly partial to the Argentine Tango.