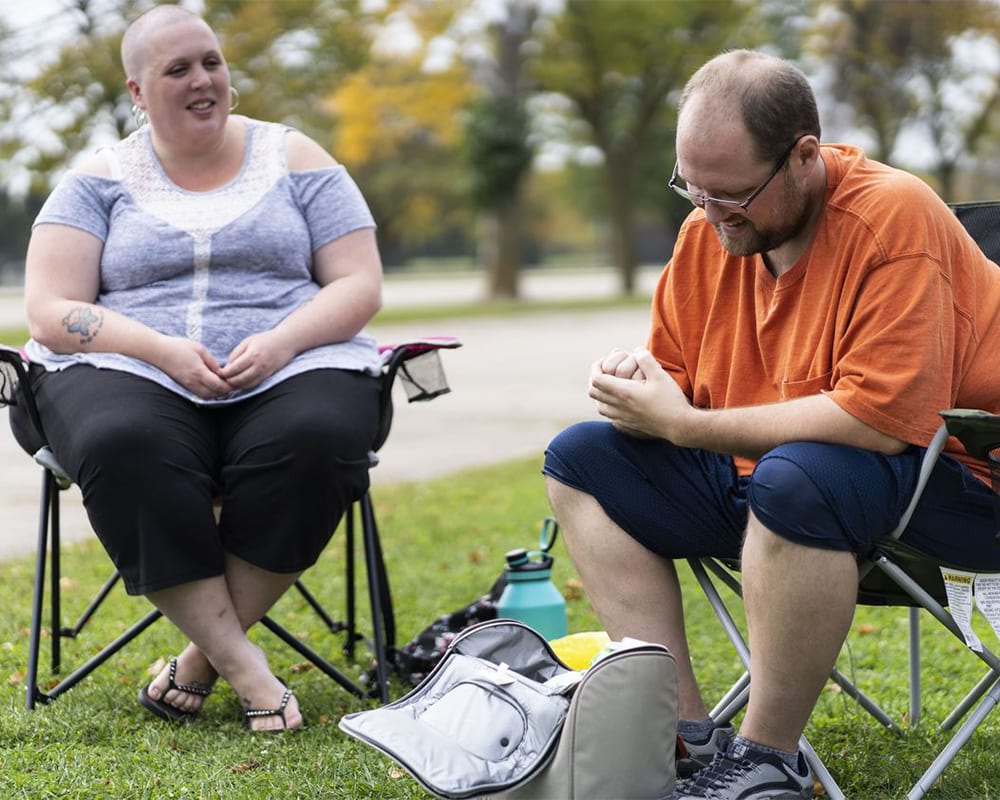 As new research begins to emerge, the topic of discussion has shifted to a new risk factor for Covid-19: Obesity. BASS Bariatric Surgery Center is here to help. Call or go online today to request an appointment with one of our top-rated bariatric surgeons Drs Brian T. Chin and Jason F. Moy.

Eliza Henderson has been thinking about getting surgery to shrink her stomach and help her lose weight for more than a year. At age 48,she’s 5-foot-3 and weighs 232 pounds, giving her a body-mass index of 41, wellover what the National Institutes of Health defines as obese.

“I just never wanted to take the plunge,” she said. Then, the coronavirus pandemic hit.

Lockdowns forced her to work from her home in Suffern, N.Y., instead of her Manhattan office as a secretary for a drug company. She anxiously consumed snacks, Ben & Jerry’s ice cream and beer with her husband, gaining 10 pounds. When public-health officials began warning that obesity and the related problems of diabetes and hypertension were among the biggest risk factors for Covid-19,Ms. Henderson asked her doctor to schedule a gastric sleeve surgery for Oct.19.

“Nothing is granted, your time is your time, but I don’t want my being obese to stack the odds against me with something like coronavirus,” said Ms. Henderson, who has two grown children and an 8-year-old daughter. “More than anything, I want to have a better chance to survive.”

As hospitals ramp up elective surgeries after several months of pause amid the pandemic, patients are flocking to sign up for procedures such as gastric bypasses, laparoscopic bands and gastric sleeves that restrict the size of the stomach and alter signals between the stomach and brain. When these procedures—part of the category of medical procedures known as bariatric surgery—are successful, they can dramatically reduce a patient’s body weight within months.Many patients hope the weight loss will help them avoid a serious or even fatal case of Covid-19.

Dozens of studies have linked obesity, as well as the related problems of diabetes and hypertension, to higher rates of serious illness from the coronavirus. The Centers for Disease Control and Prevention reported this month that obesity is on the rise and said new research has confirmed that obeseCovid-19 patients face a heightened risk of severe outcomes. The CDC says as BMI increases, the risk of death from Covid-19 also increases.

Federal health officials urged hospitals on March 18 to put off elective and non emergency surgeries. While most elective surgeries are seeing a rebound, few have been as dramatic as weight-loss surgeries, which fell nearly to zero in April, but by June had rebounded to a higher level than the same month a year earlier, according to claims data from Perception Health, a Nashville,Tenn.-based health-care data company.

Doctors across the country say they are seeing big increases in intake numbers and patients signing up for the surgeries as the public sheds fears about the safety of hospitals—and as more people begin to view weight loss as a matter of life or death.

“The pandemic has been a real wake-up call,” said Matthew M. Hutter, a surgery professor at Harvard Medical School and president of the American Society of Metabolic and Bariatric Surgery. “We’ve realized that patients with obesity areat much higher risk for serious cases of Covid-19, including ICU visits and intubation, and even death.”

Dr. Hutter said his clinic has seen an uptick in patients signing up for obesity treatments in recent months, but the volume of bariatric surgeries at Harvard hasn’t reached the same level as last year—likely the result of fewer patients with insurance coverage because of job losses during the economic crisis caused by the pandemic, he said.

Scientists think Covid-19 is particularly dangerous to obese people in part because the coronavirus enters the body through the ACE2 receptor, an enzyme found both in cells that line the lungs and in fat tissue, making patients carrying extra body weight more vulnerable to a high viral load. Obesity also is associated with shortness of breath and hyperinflammation, both of which make it harder for the body to fight off viral infection.

“The virus frankly has an easier job” replicating itself in obese patients, said John Morton, head of the bariatric practice at Yale Medical Center in NewHaven, Conn. “It has more targets.”

Bariatric surgery volume rose about 20% once Yale’s five hospitals reopened to elective surgeries in June, compared with a year earlier, Dr. Morton said, and the momentum has continued through summer.Clinical inquiries about the surgery are also on the rise, he said.

“Some of the hip and knee stuff has not kept up, orthopedics has been slower, same thing with spine surgeries,” Dr. Morton said. “The only two surgeries that have been Covid-proof have been cancer and bariatric.”

Surgeons performed about 250,000 bariatric surgeries in 2018, mostly gastric sleeves, in which typically more than 75% of a patient’s stomach is removed and rejoined to create a narrow, banana-shaped cavity.

With a smaller stomach and altered hormonal signals between the gut and the brain, patients feel sated after consuming less food, which reduces overeating and results in rapid weight loss in the months after surgery.

Data showing how many patients are signing up for bariatric procedures are hard to find—most surgeries show up only in claims databases months after the surgery is done—but heads of surgical practices at major hospitals say they have seen a surge in patients enrolling in the weight-loss programs that many insurers require before agreeing to pay for the surgery.

“It’s come back really strongly in June or July,” said J. Tod Fetherling, Perception Health’s chief executive, “so we ought to see a surge through the fall.”

UnitedHealth Group’s Optum healthcare arm,which owns surgery centers and medical practices across the country, says it saw a 26% annual increase in patients enrolling in bariatric-surgery programs during the summer. Insurer Cigna Corp. says that prior authorizations for bariatric procedures, which fell 38.3% annually from March to May, rose 9.3%annually in June, July and August.

“We’ve had patients who wanted to come and take care of their obesity, to be healthier, and when we ask them, why did you come now? It’s because they’ve heard this message that it’s a risk factor for Covid infection,” Dr. Aminian said.

Ina new clinical study currently under peer review, Cleveland Clinic found that patients with obesity who had previously had bariatric surgery were 25% less likely to be hospitalized after being infected with Covid-19 than obese patients who hadn’t had the surgery. The unpublished study of nearly 400 patients also found that 13% of obese Covid-19 patients in the control group required intensive-care admission and 2.5% of them died, while none of the Covid-19 patients who had previously had bariatric surgery were admitted to an ICU nor died.

In 2019, 12 U.S. states reported an obesity rate of 35% or higher, up from nine in 2018 and six in 2017, the CDC says. Racial disparities also show up: Black adults, who have been hard-hit by the coronavirus pandemic, suffer from the highest rates of obesity nationwide (39.8%), while Hispanics like Ms. Henderson, who is of Puerto Rican descent, rank second (33.8%). About 30% of white American adults are obese.

Last year, Jordan Brownlow’s doctor told him that if he didn’t get his obesity under control, he would never live to see age 40. At 5’11”, Mr. Brownlow, a33-year-old state employee who lives in Redgranite, Wis., weighed 435 pounds and suffered from diabetes, asthma and sleep apnea, all either caused by or exacerbated by his obesity.

Mr. Brownlow began a dieting and exercise routine in January in preparation for a gastric bypass surgery, eventually losing 130 pounds. But in mid-March, the hospital put his surgery on pause because of the pandemic.

“I started having very strong second thoughts”about the surgery because of the possibility of catching the virus at the hospital, Mr. Brownlow said. “I can’t afford to get Covid. If I catch it, it’s not going to be pretty. I’m not ready to leave this earth.”

By June, after speaking with his doctors, Mr.Brownlow began to feel more comfortable with the idea of returning to the hospital, and he decided the surgery was more urgent than ever to protect himself from the virus.

In early September he had a gastric bypass and has since lost another 46, bringing his weight to 260 pounds.

He and his wife, Amber, who is also obese,want to have children, but they have become stymied by fertility issues related to his wife’s health. She has been dieting and is now considering bariatric surgery as well.

“There’s this idea that, if I’m unhealthy, andI get sick, maybe I’m more likely to experience a serious illness or death. And that’s a reasonable fear,” he said.

The Best Bariatric Care in California

‍BASS Bariatric Surgery Center and Brian T. Chin and Jason Moy offer some of the best bariatric care in northern California. Our team is ready to make you as comfortable as possible during your recovery from your surgery. If you are interested and want to know more about the different procedures we off and conditions we treat, contact our expert bariatric surgeons to find out if this surgery is right for you. 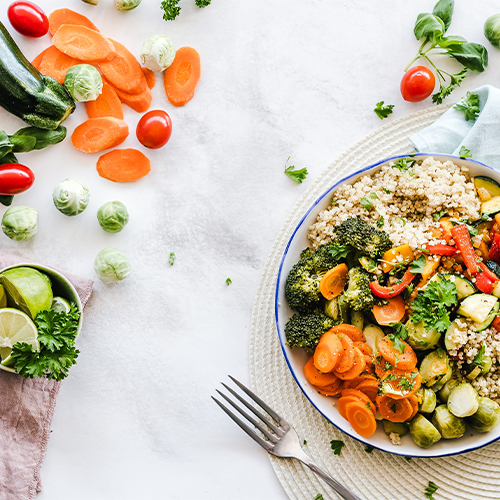 10 Foods to Avoid After Your Gastric Bypass 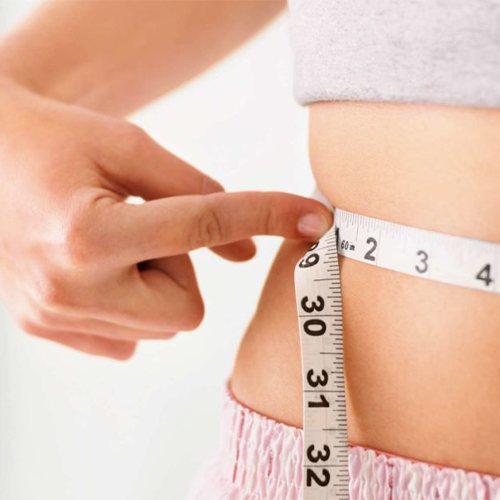 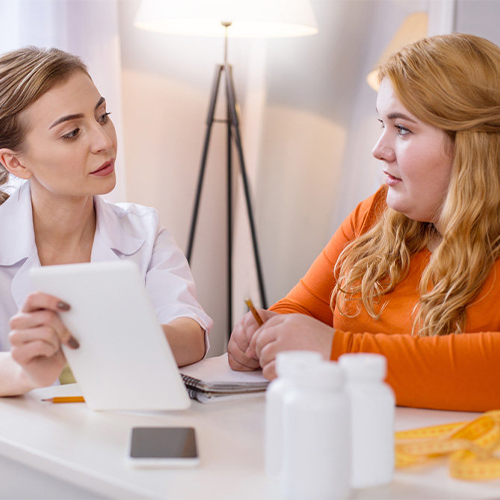 Is Weight-Loss Surgery Right For You?

Thank you! Enjoy your e-book free download!
Oops! Something went wrong while submitting the form.